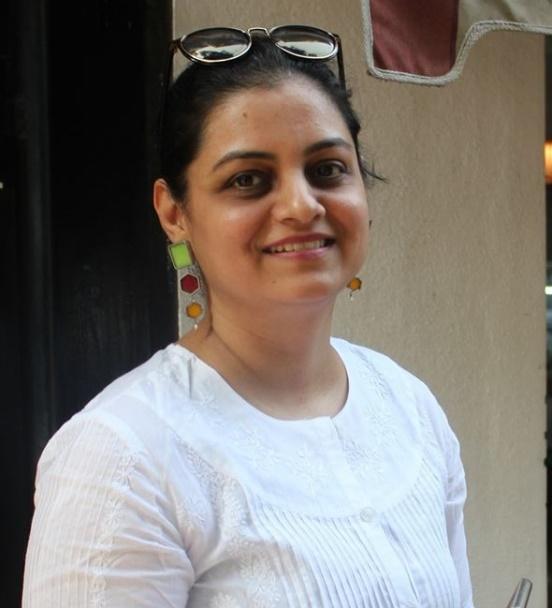 Sometimes, a beam of light from the lighthouse of the mind falls on a house that floats on the sea of memories. It was an old house….nearly two hundred years old. Generations of my family lived there…so did generations of wild honeybees. There was a verandah where, in the afternoons, the most wonderful breeze swept in. It lulled the coconut palms, the Gulmohar tree, the cows and me- a very tiny kid then- into the most delicious stupor. But I was scared of sleeping on the verandah. My grandmother had warned me about burly gypsies who carried gunny sacks and stuffed sleeping children into them. And being the gullible kind of grandchild that I once was, I believed her. Why would I not? A grandmother who made the most wonderful dried, salted mango pickles was never to be disbelieved. I remember squatting by her side as she laid out those slivers of mangoes dipped in brine on a straw mat. And when they were finally, properly set, she gave me leave to eat as much as I wanted. It was in this house that I saw chickens hatching, spiders with silk purses, cows giving birth, moonlight streaming through squares of glass placed between terracotta tiles on the roof.

Such was the impact all this made on me that sometimes, I have found myself retracing these paths, hoping to feel a sense of wonder, glee or maybe love. Once, as a newly minted Assistant Professor, I walked around the campus with my colleagues and stopped short before salted mangoes drying on a straw mat in front of the canteen. I picked up a piece and tasted it. There was just salt and mango. And the distinct aftertaste of knowledge. Always a bad idea.

The house is no more. The people are no more. My grandmother, bless her, lives elsewhere- far, far away, her world shrunk to a bedroom. And I who remain, think of gypsies bearing gunny sacks full of small children, catch clusters of memories that like the seeds of the Gulmohar, explode and shatter on silent afternoons. On really dark nights, in my mind, the house stands bathed in liquid light.

This is why, reading Poornima Laxmeshwar is like a personal pilgrimage for me. Her lucid use of memory, the style of narration, the astringent touch of knowledge resonates with all those who stitch their past and present.

On pleasant January mornings, Kaku wakes us up to help her with the sabudana sandige. She prepares it as winter trails away with the heaviness of Ajja breathing in measures. The plastic sheet is laid with four stones at every corner, indicating that it is always easy to control things that don’t really matter. Suddenly, the air is filled with the pungent odour of green chillies, (overused) to add some life to the otherwise ordinariness of sabudana, reminding me of Kaka’s life—four daughters in a house full of chores. I scoop a spoon full of the mixture, a transparent jelly with Bolshevik objectives, unheeding. I carefully place it on spots marked by Kaku that appear like hatched plans of sureness.

These need three days, she declares. Three days for them to go stiff as corpses and then suddenly spring to life at the touch of hot oil like blossoming lotuses at dawn. Such is the vagueness of existence. Kaku plans her kumbalakayi sandige while my mind stays transfixed on Peter Rabbit.

(Starchy memories are the toughest to wash away)

In a conversation with SamyuktaPoetry, Poornima revealed, “For me poetry is a means to question all that I fail to fight otherwise. It is my angst summed up. I write because that’s the only lens I have to capture the failures of the world. Failure specifically as it carries hurt and helplessness. I love writing about mundane and how extraordinary they are as experiences.

As much as structural peculiarities are concerned I write free verse and have now shifted to prose poetry as a form. I am also experimenting with forms to understand how they can create an impact on the written word.

I am inspired by Indian poets and folklore.”

Her chapbook Thirteen is a study in the ways relationships tinge our actions and make us choose our quests. Her poems are like archaeological sites that reveal a once bustling civilization. Between clusters of densely populated thoroughfares, one finds shards of relationships and shadows of afterthoughts. There is an unspoken challenge that she throws down when she asks uncomfortable questions, seeking to unlearn all that has been inked upon bodies and brains.

I am hanging the shadow
On the clothesline;
Clip it tight
With the ones I purchased in the local plastic store
For 45 rupees per dozen;
Couldn’t negotiate more,
So I had to let go;
They say quality products come at a price,
At times even women fail at cheap bargaining.
(Shadows for keepsake)

Poornima’s relationships are taut- the easy banter, the roses and lilies and saccharine tones are absent and, in their place, one finds tart retorts and brooding revelations.

Smells take me back to people. Like Amma always smells of turmeric, Appa of teakwood furniture, P of fresh weed, and him, beef. No, I haven’t yet confessed that his odour repels me. It reminds me of slow meat cooking and the spices that run into my nostrils deeper than childhood memories. And so, every anniversary, I gift him cologne that contains sea-salt and the quiet secret of lemongrass. As for me, I smell of anti-depressants that blend like detergent in hard water.

Her vocal presentation, unsettling style, the presentation all serve to unseat the reader who reads these prose passages and finds they are poetry after all. Her works have that rare ability to stop you in your tracks with the force of the images they hand you.

Her writings resound with the tang and zest of the storyteller. She layers her narrative with intense imagery, places her characters and speaks directly and distinctly. Her allusions seem like statements due to the force with which they are delivered. I read her lines and ended up thinking about the people in my village- their lives, their grouses, their peeves and their triumphs and tragedies- as told by my mother and her mother before her. As much as Poornima is a poet, she is also a storyteller. And her art is that of the dastangoi.

She presents the dilemma of the millennial- the discomfort, the guilt of an entire generation who are coming to terms with the struggles of breaking their conditioning on one hand, and combating the swaggering sureness of the iGen on the other. This unlearning comes at a price- her voice seeks but doesn’t find a home anywhere. The restlessness is even more apparent when placed against the structured steadiness of the voices that respond to her questions with silence or stone walls.

Under the shade of the old peepul tree, you draw a square
with boxes that behave, stay within boundaries like good
girls of our Brahmin family. I choose four pieces of a
broken glass bangle as my set to play with. I have to reach
the centre. But isn’t that the goal of every game? Getting
to the core to ask the futile question: Now what? So, I
choose a different game. I flick the money cowries as high
as I can. I catch them with the vigour that life possesses
while holding the nerves on my neck until I go
B
L
U
E
When I think I am done trying all the cowries, love comes
crawling like an attention-seeking infant.

As I sit reflecting on the remarkable poetry of Poornima Laxmeshwar, I think of my own grandmother who carries histories in the lines of her palms. Who was once young and who then grew old while trying to get by, who loved in her own vocabulary and has never read a single line her whole life. Who can only guess her age and those of her children but knows the ages of the trees in her backyard. Who sat by and let a child have her fill of salted mangoes and ignored the hundred chores and a hungry family to patiently hold open the lid of the wicker basket and show the child how chickens hatch.

Ajji wore her nine yards meticulously. Her concern was to show not too much of her strong legs that knew the weight of the distance between one abortion and another. But it was gold that she dreamt of, more than bearing a baby boy. The big nathani was reserved for festivals. Every time she wore it, the weight of the emerald and gold pulled her nose down but her pride swelled like her womb did almost every year until the doctor warned her about fragile bones going hollow. ―16 times,‖ she said. I no longer liked the analogy of sweet sixteen. The last time I saw her, Ajji lied still with her toothless mouth open, dressed in a worn out nighty and a shawl. The nathani’s fate was undecided. Either it would adorn the village deity Mahamaya’s face or melt as easily as our ancestral history.

(The secret pocket in the petticoat)

I want to go find the gypsy with the gunny sack and ask him to return my afternoons and my grandmother.