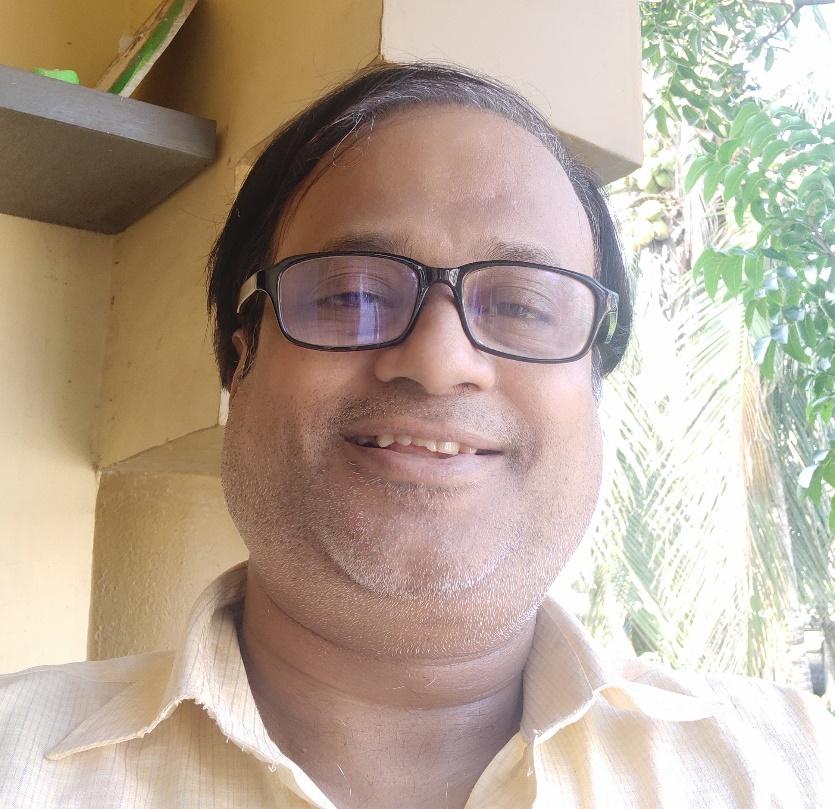 I keep my spirit within my daily clothes,
a certain poetry of moments.

While the pandemic rages on and seems to churn out chaos at will, there are worlds behind closed doors, glass facades, spaces of the mind where sinkholes have opened up. And the everyday has emerged from the depths to which it was relegated- as a blip in time, as a shrug in that never-ending chase after meaning and the philosophy of purpose. While the everyday has been around us ever since we can remember, it sometimes takes real effort to step out and seek it in our words, our actions and above all in our thoughts.

Today, when histories recount a series of mistakes and the future is bleak, the everyday is what we have left. And while each person’s everyday is distinct, and an experience in itself, what the pandemic has done is to force a reimagination. To make one take a long and hard look at these days that were congealing into one and devise ways and means to find markers that would hold their place in memory. This is when we realise, how the rush of routines manages to obscure the injuries we carry, the mirrors we refuse to look into and the anxieties we defer facing.

The pandemic has brought these to the surface as there is nowhere to go, nothing else to do or no one to visit- nothing that would take the edge off. While things are improving and contacts are being re-established, the almost virulent participation in social rituals and those ‘obligatory’ attendances have become optional or avoidable and, in some cases, one no longer gets invited even. The everyday is what we have left. In it lies the joys of discoveries. I suppose the infinite experiments in bread making that the pandemic spurred are a case in evidence and so are the innumerable Dalgona coffees that did the rounds.

Lines of people walked home, some made it, some did not and by that time, those that got home began travelling back because there was nothing much to look forward to. Lines of people crisscrossing each other like fate on palms and these everydays joined the vast rivers of time that people found they had. And just when they thought they knew everything there was to know about themselves, here was knowledge at its most intimate and personal. I sometimes think that it is the self that humans find most terrifying. The knowledge of what lies beneath veneers and lacquered surfaces can surprise one.

This is perhaps why, the Nobel Prize in Lietrature for 2020 went to the everydayness and intimate selves of Louise Glück. For “her unmistakable poetic voice that with austere beauty makes individual existence universal”, as the citation reads. In these days of political and inclusive choices, when a white, heterosexual poet gets the Nobel, it makes one sit up and take notice. Glück’s poems are steeped in the conversations that wrap themselves around love- or the lack of it, the cold scent of danger that singes nostrils, the preoccupation around the casual violence that comes so very naturally to humans. Words are used sparingly, parsimoniously. But they are words that you and I regard almost everyday and possibly discard in favour of gilt-edged ones. Many have questioned the choice of Glück for the award, seeing as there may not be the sweeping grandeur of emotion or construction that one expects from a ‘Nobel’ prize winner. And therein lies her merit too. To speak of these febrile worlds and still letting them lurk in the shadows is exceptional poetry. There is no redemption. These worlds are free of the burden of enlightenment, of knowledge, of that supposedly beautiful light of salvation.

I’ll tell you something: every day
people are dying. And that’s just the beginning.
Every day, in funeral homes, new widows are born,
new orphans. They sit with their hands folded,
trying to decide about this new life.

There are the interminable stretches of days that are indistinguishable from one another. What I noticed in her poems was the way time seems to be in limbo. The heat that emanates from the streets of back-of-beyond towns hangs over everything, making it all seem melted and malleable. `The ways families come in, Mother and Aunt, dubbed Spite and Malice- grief, grouses, ancient resentments, rites of passage…the grime and soot that lies heavy upon the memories of people and places is suffocatingly and acerbically put across.

All day he works at his cousin’s mill,
so when he gets home at night, he always sits at this one window,
sees one time of day, twilight.
There should be more time like this, to sit and dream.
It’s as his cousin says:
Living—living takes you away from sitting.
…

I open my fingers—
I let everything go.

Visual world, language,
rustling of leaves in the night,
smell of high grass, of woodsmoke.

I let it go, then I light the candle.

A talk about the birds and bees between and a mother and a daughter turns into this revelation about the father- an unwitting yet vital participant in the conversation- the foreshadowing of the ways things become- degenerate into.

School wasn’t in session.
I went back to my room and shut the door
and my mother went into the kitchen
where my father was pouring glasses of wine for himself and his
invisible guest
who—surprise—doesn’t appear.
No, it’s just my father and his friend the Holy Ghost
partying the night away until the bottle runs out,
after which my father continues sitting at the table
with an open book in front of him.
Tactfully, so as not to embarrass the Spirit,
my father handled all the glasses,
first his own, then the other, back and forth like every other night.
…

When I got home, my mother was asleep, my father was still at the
table,
reading his book. And I said, Did your friend go away?
And he looked at me intently for a while,
then he said, Your mother and I used to drink a glass of wine together
after dinner.

Possibly, how little we know about the people whom we think we have known all our life. Just a couple of days ago, I found a few books that belong to my mother- Thus Spoke Zarathustra, The Collected Works of Tom Paine and The Prince. Hardbound, cherished volumes. And I never imagined it of her. It made me want to bring the books over to my shelf. To tell myself that I own a part of that presence that is no longer visible. Or forgotten. To drink that cup of wine at an odd, odd hour. It is this connect that brings Glück into the conversation of the contemporary world. She sings the songs that we wished to keep for another day.

Speaking of songs brings us to our poet of the week, Jaydeep Sarangi, a poet of great renown, whose verse is beautiful on account of the elemental bond it shares with the everyday. The rivers, streams, plants, birds that in the march of civilisaton seem nothing more than white noise, in the lines of Sarangi transform into protagonists. His poems are populated by people who are waiting. Are contemplative. Worlds move at their own unhurried pace, like a river that carries a mountain dissolved. And the river has to be a witness, as Sarangi is often called the Bard on the banks of the  Dulung, a river in Jhagram. Among his formative influences is the iconic Kanakdurga temple, the priests of which are from the Sarangi family.

From the Travel Diary

Some doors I visited
bear truths of time, maps changing.

Rivers far and near know how
I poured out my confessions.
Today’s coffee is waiting
With foam and fen, trains whistling.

In the blurb of Sarangi’s 2013 collection of poems, Silent Days, Keki N. Daruwalla says, ‘Jaydeep Sarangi gives a fresh paint to everyday living. “Small rivers” near tribal villages are his haunts. His language can be unorthodox, where a rock can turn into a “reckless flow”, but his poems are a rewarding read, with the scent of herbs coming through the pages.’ A river, a bard, coffee and love…

All along the rainy earth
a wild game of love is played
at all our ears and eyes
for a result
that is never complete.

And if anyone still has doubts as to why our everydays matter, please read up on the great Idli debate on Twitter, where the humble idli, which up until now, was a rather uneventful steamed batter of rice and lentils is now the repository of South Indian pride. After all, literally, millions of idlis with companion dishes like chutneys and sambar are being consumed in South India at least on a daily basis. To have it being called boring by a white man no less- invited the wrath of people who if they hadn’t jumped into idli’s defence, would not have been able to look their sambar in the eye.

History is absences
from the present.
There’s time
when we walked pass them
a pool of blood
countless unnoticed acts
are history not written.
Text books, page after page
killed unnamed kings
leaders and martyrs
far away from the metro lines
by the magic rod of publicity.
In a salt of sea,
skeletons of ships carry mysteries.
All parts quietly wait
to be uncovered, skull after skull.

I fall
From miscalculations.
I fear
For roses.
I articulate
My hunger.
I live
With my cool bones.

I am
Just here.Virtual
Time oozes out
In the rain forest.
My voices go in and out
I make the room for sleep.

I try again
Arrange for my sleep.
Sleepless night
Rolls on my pillow
I see
A sharp blade of love.
After the dream
In a prayer house.

Someone is holding my wall

With you I first toured
deep forests and ghats,
my weather was you.

Today, I watch the last leaves
falling hard against the ground.
You suddenly stopped sitting with me
speaking to them about a game.

Alone I sit. My walls fall apart.
I remember a quiet kiss somewhere
senses lapsed, only a bit of cold.

Now I stand barefoot
Among these ruins of life
With my diabetic bones
Waiting for a full song
From night birds. Social distancing
My weariness, my aging shoulders
Still wait for friends, good friends
Who have become friends of others.
I watch my doors
After a spell of erratic rain.
Always keep the keys ready.

A promise, a good harvest
Then, too long a distance.

Relationship is always a fresh attire.
I fear not arthritis, pain in the bones
But this neglect from all these doors.

Jaydeep Sarangi is a widely anthologized, bilingual poet with  eight collections in English latest being  Heart Raining the Light (2020 )released in Rome.  Sarangi has read his poems in different parts of the globe. His later readings were at Flinders University, University of Western Australia, University of South Australia, University of Wollongong, Perth Poetry Club (Australia), University of Udine(Italy)and University of Rezeszow (Poland). Sarangi is on the editorial boards of different journals featuring poetry and articles on poetry like the Mascara Literary Review, Transnational Literature (Australia), Setu (USA), Geetanjali and Beyond (Scottland) Teesta, WEC (India). He has seven critical books on poetry and edited special issues on poetry for reputed journals in India and abroad. He is guest editing a special volume with Dr Amelia Walker for TEXT(Australia). Among his recent awards, the Setu Award of Excellence for 2019 (USA). He is a professor of English and Principal at New Alipore College, Kolkata.