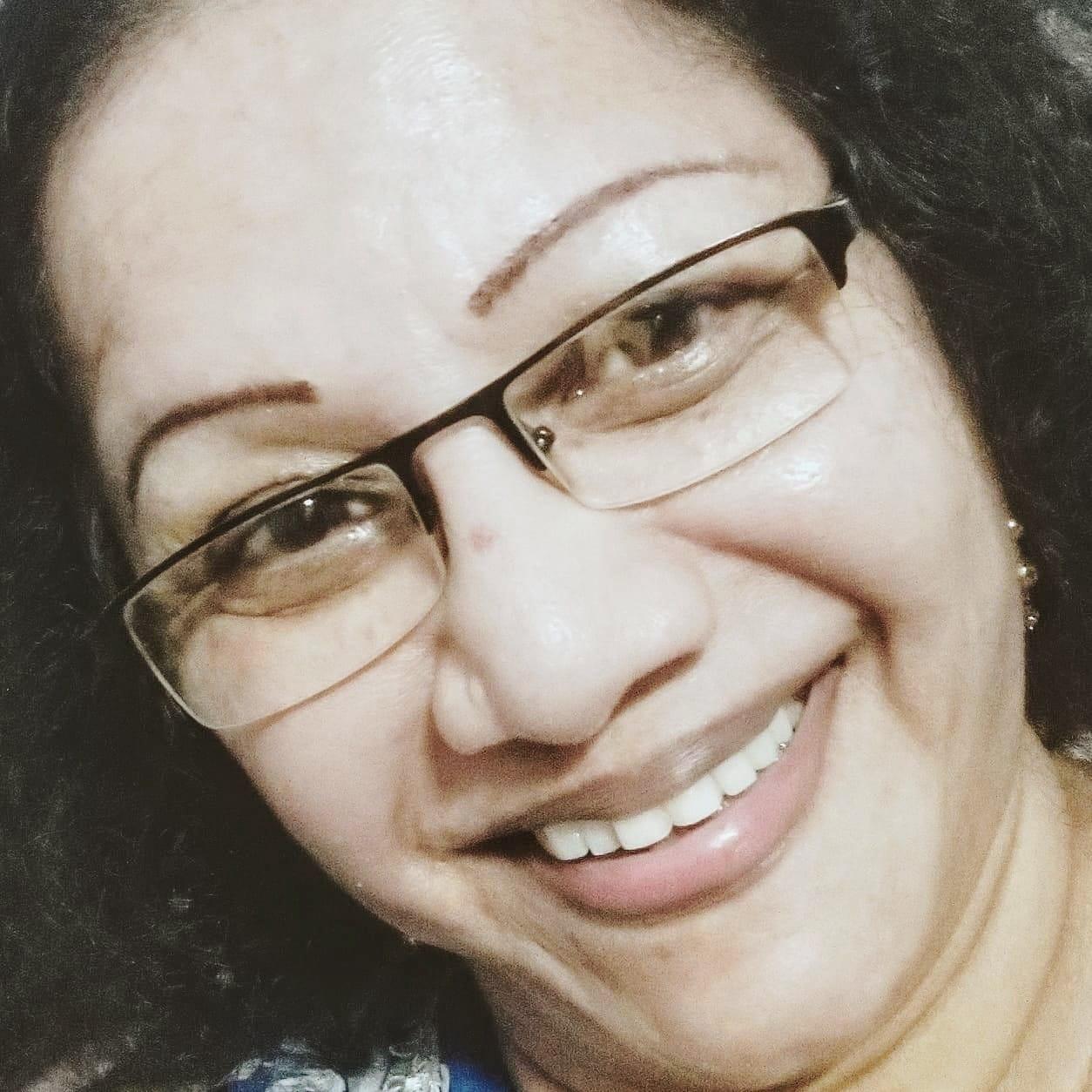 Within the warren like structure of folklore, ballads, myths and stories, there are valuable lessons to be gleaned about the social, cultural, economic and belief systems of a certain time. Also, the way these narratives change tone, interpretation, emphasis and voice best reflect the social tenor of that particular moment in history. The story of Parayi Petta Panthirukulam (The Twelve Tribes Born of Parayi) starts with the wise man Vararuchi of the court of King Vikramaditya being highly impressed by the intelligence and presence of mind of a girl of the Paraya caste. He married her and they went on to have twelve children. At the birth of each child, Vararuchi would make her abandon the infant by claiming that if the child had a mouth, the God who gave it a mouth would find a means to feed it. When the twelfth child was born, the wife refused to leave the child behind claiming that he had no mouth. Hearing this, Vararuchi agreed to take the child along. Soon the wife realised that the child had indeed become mouthless. This crushed her. Vararuchi then took the baby to the top of a hill and consecrated him. He came to be known as Vayillakunnilappan (the Lord atop the hill who has no mouth). As all the twelve children were adopted by people belonging to different castes and social strata, the bloodline of Vararuchi and Parayi courses rather democratically through the people of Kerala.

Among these twelve, we however, are going to look at Uliyannur Perunthachan, the master carpenter, whose story is metaphorical in terms of studying the shades that human nature can assume. An expert in Thachushasthram – the science of architecture and carpentry, he was especially proficient in temple architecture. Tales of his genius abound. Chief among them are how while constructing a temple pond, the people of the village all differed on the shape of the pond. So, Perunthachan designed a pond that looked square, rectangular, circular, oval or triangular, depending on where one was standing. The pond was so confusing that people praying in it found it difficult to discern the four directions, a vital aspect while offering prayers.

When the river eventually changed its course and flowed next to the temple, people abandoned the pond, preferring the river. In time, Perunthachan constructed a bridge across the river but also placed a doll that would dip and emerge from the river as soon as someone stepped on the other end of the bridge. By the time the person reached the doll, it would squirt a mouthful of water at the passer-by, drenching and embarrassing him.

Perunthachan was a proud man who earned respect through his blazing ability. He is said to have stopped at a site where a temple was being constructed. The carpenters paid him no heed and even went to lunch without inviting him. In their absence, Perunthachan is supposed to have quietly marked sections of the wooden rafters that were to form the roof of the temple. The carpenters returned and upon seeing the markings, assumed that the senior carpenter might have made them to indicate the length that needed to be sawn off. The carpenters did exactly that and found that the rafters were now short and just would not do. Upset, they went off to make new ones. In the meantime, Perunthachan had already carved out the necessary supports. He connected them to the rafters which were now the perfect length. And finally gave a hard blow to the top of the roof and fixed it in place once and for all. The carpenters returned and were filled with wonder. They fell at his feet. Perunthachan was pleased.

In these narratives, Perunthachan was not alone. He was accompanied by his son - Kannan (a fictitious name as mentioned in the English translation of the Aithihyamaala by Sreekumari Ramachandran) who was said to be a craftsman of extraordinary skill. When Perunthachan constructed the temple pond, Kannan is supposed to have asked him if the people would cross the river to bathe in the pond. The father brushed away his query as at the time, the river was far away. But it changed course as I mentioned earlier. This proved the son’s foresight.  Kannan placed another wooden doll on the bridge that would slap Perunthachan’s doll, causing it to turn its face and squirt the water harmlessly. All these were supposed to have caused considerable affront to Perunthachan.

Kannan had also witnessed and learned the way Perunthachan had joined the rafters- a technique that was something of a professional signature. It is said that the father began to grow jealous of the son who was gaining fame with each passing day. One day, as they were working on a temple site, Perunthachan on the roof and his son right below him, Perunthachan’s chisel is supposed to have slipped and fallen on the son, instantly killing him.

One doesn’t know whether the act was a deliberate one or if it was genuinely an accident. On the one hand, a master carpenter whose tools are an extension of himself – meaning, that such a slip was well nigh impossible. On the other hand, it could have been an accident. The ambiguity is what makes this tale alluring. The labyrinthine ways of a gifted mind. The possibility of having to choose between artistic immortality and filial love that Perunthachan presents is also symbolic of the way our choices shapes our legacy. It is also cathartic as it shows the vulnerability that nestles in human nature. More importantly, that no one is above these frailties of character.

G SankaraKurup’s Perunthachan is one of the few dramatic monologues in Malayalam and Vijayalakshmi’s Thachante Makal takes the narrative of this legendary figure further as she plumbs possible depths. Vijayalakshmi is one of the best-known poets in contemporary Malayalam literature. Her works are powerful statements about being a woman. Though not explicitly feminist in their tone, her poems voice women’s concerns with nuance. Vijayalakshmi is a poet who uses subtlety and understatement to make a powerful impact. This technique is itself disruptive and one is left wondering at the possible layers that can be peeled off a single phrase. Her first poem appeared in the iconic Kalakaumudi when she was barely seventeen and she has not looked back ever since. She has several acclaimed collections to her name such as Thachante Makal, Mazha Tan Matteto Muhkam, Andha kanyaka, Mazhakappuram, Seetha darsanam and Vijayalakshmiyude Pranayakavithakal.

The Carpenter’s Daughter (Thachante Makal) reimagines Perunthachan’s story to include a daughter who is talented in her own right. The poem gives a voice to the young girl, grieving for her big brother and going through the trauma of having to wonder at the nature of his death. Vijayalakshmi preserves the element of doubt, but opens a few windows through cleverly building an image of a lurking father, who pauses at doorways. The poet through her images reveals the world of the protagonist that centred around the sibling.  The idea of a girl setting out on her own to wield a chisel in the world of men is just the sort of poetic surprise you can come to expect from Vijayalakshmi. The lines that the father addresses to his daughter resonate with pain and possible regret. But regret about what?  The act or the shadow of accusation or the death itself. That is the question the reader must answer -the best they can.The poem was translated by Vasanthi Sankaranarayanan and was featured in the Oxford India Anthology of Malayalam Literature edited by P.P. Raveendran and G.S. Jayasree. Ms. Sankaranarayanan is a celebrated translator who has translated a number of acclaimed works from Malayalam such as Lalithambika Antarjanam’s Agnisakshi (Fire, My Witness), C. N Sreekantan Nair’s Kanchana Sita, Matampu Kunhukuttan’s Bhrushte (Outcaste), Kovilan’s Thattakam, P. Vatsala’s Agneyam, and Sara Joseph’s Oorukaval (The Vigil), into English. Her translations have been published by the Sahitya Akademi and major publishing houses such as the Oxford University Press and Aleph. She is also a poet and has been featured on Samyukta Poetry. For more on Ms. Sankaranarayanan, do visit  http://www.samyuktapoetry.com/5-vasanthi-sankaranarayanan/